Marshall Erb dissects the second coming of 1970s and ’80s design—and shares his insights on how glamour and escapism are influencing our interiors.

“Put yourself in the way of beauty,” Easier said than done during a pandemic, amiright? But we intrepid humans kept on hunting for glimpses of gorgeousness and glamour—be it organic, experiential, or strictly aesthetic. We traveled the world on our phones. We escaped into the drama of cinema. Because our souls crave art and inspiration in all forms, we went out of our way to surround ourselves with moments of blissful beauty (even in isolation). This is why at-home, perhaps now more than ever, we want our design to wrap us up in the comfort of happy memories, authenticity, and, yes, daydreams. 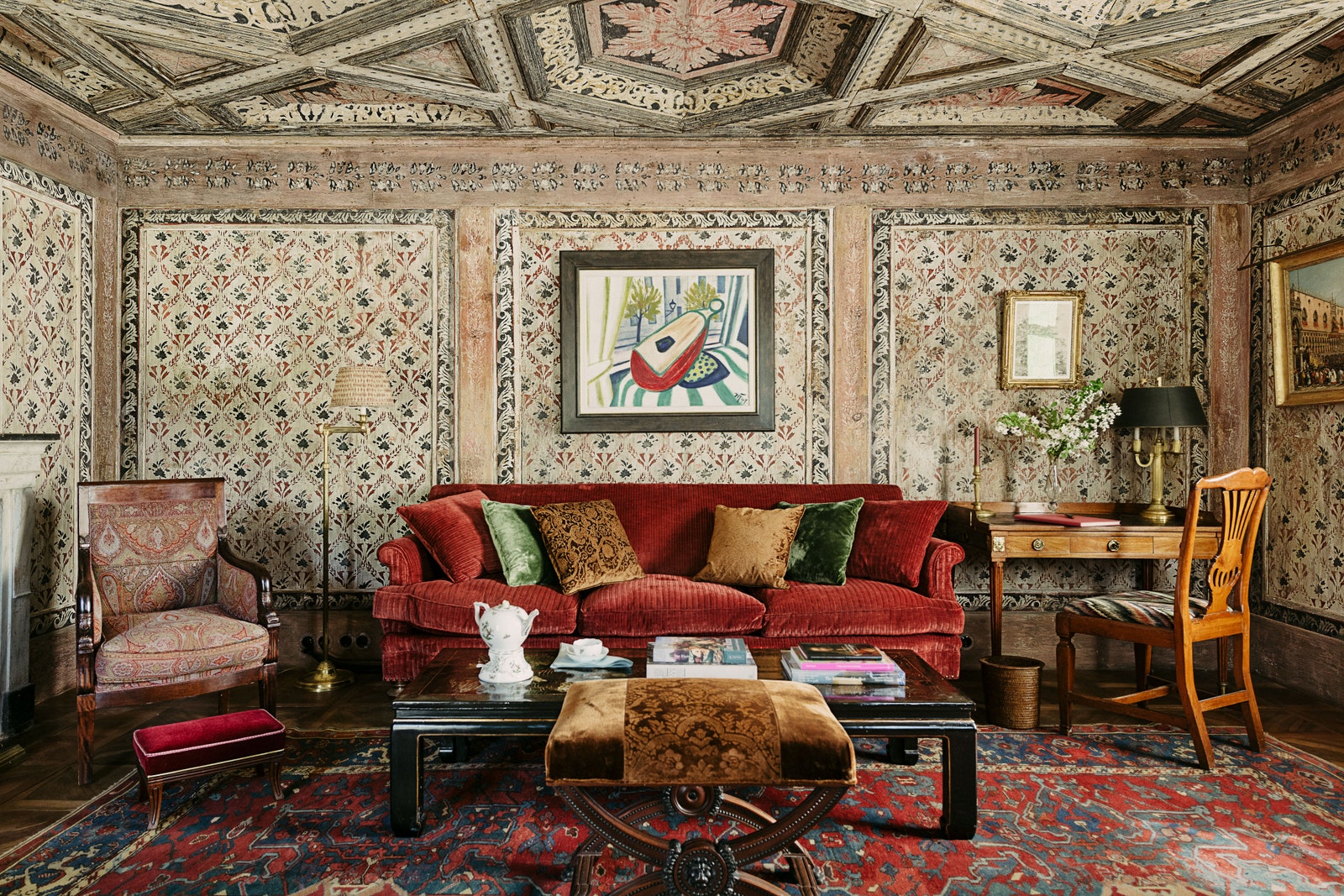 And that’s exactly why the whole world tuned in to watch Halston on Netflix, the limited series chronicling the iconic designer’s career and lavish lifestyle—for the buzz off of some salacious escapism. And while the style-obsessed were zeroed in on the clothes—the tie-dyed caftans, the Ultrasuede trench coats, the godet-skirted halter dresses—interior designers were glued to see how the series’ production designer, Mark Ricker, would recreate Halston’s first studio designed by Angelo Donghia, his Paul Rudolph-designed townhouse on Manhattan’s Upper East Side, his beach-chic Montauk compound, and his epically 1970s office in Manhattan’s Olympic Tower. (FYI: We’re still swooning over those double-height ceilings and the blood-red everything at the designer’s Olympic perch.)

“People are getting more interested in maximalist design, adding more color and opulent details,” says Marshall Erb, lead designer at Marshall Erb Design in Chicago, who is admittedly happy to see interior design’s Gray Period coming to a close. “Obviously you want the architecture to inform the interiors, but people want ‘escape rooms’ that transport them to far-off lands or alternate eras. Look at what Donghia did for Halston’s first studio on the Upper East Side. He was on a budget, so he tented an entire room with Indian printed cotton to make it look like a Berber tent—and kick-started that whole boho-chic movement.”

But before Donghia made nomadic nods a midcentury mainstream, there was Italian interior decorator and set designer Renzo Mongiardino, who famously designed Lee Raziwill’s duplex apartment on Fifth Avenue overlooking Central Park in the 1960s. “Mongiardino draped the living room in a cheery red stenciled velvet, peppering in black lacquer furniture and gilt frames. Lettuce green taffeta curtains, Bessarabian rugs, moire fabric-upholstered walls… Every color you could imagine seeing at a spice market in Marrakesh was incorporated. And then there was Lee, floating effortlessly from room to room in her Moroccan kaftans and oversize pendant necklaces. That’s what Donghia was riffing on for Halston’s first showroom.” 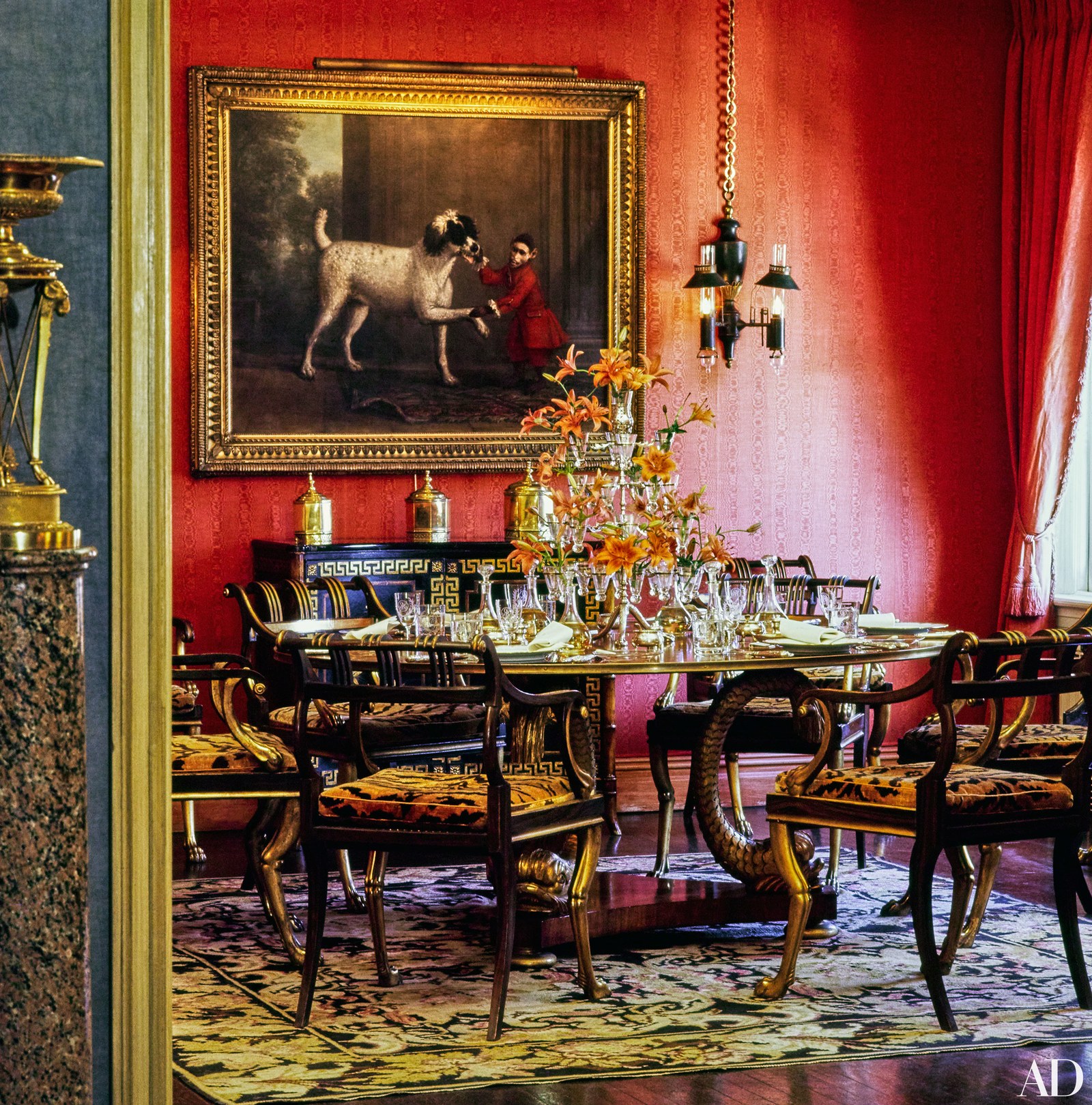 Flip through the latest issues of AD or Elle Décor, and it’s evident that the more decadent fashion designers of the 1970s and ’80s—Balmain, Yves Saint Laurent, Oscar de la Renta, Halston—are impacting interior design once more. “We’re seeing a resurgence of excess and elegance again—and I love it,” says Erb. “Clients are passionate about mid-century architecture again—Midcentury Modern, yes, but also Art Deco, Post Art Nouveau, and what I like to call Baroque Boho.” Erb references Milan’s Studio Peregalli as a progressive firm that’s particularly adept at conjuring magical, romantic interiors that can transport its owners to another epoch or place via curated historical references. “At a time when we aren’t able to go to Venice at the drop of a hat, bringing that magic to one’s home has become the next best thing. With a love for traditional craftsmanship, antiques, and re-created elements, Peregalli’s decors consistently give the impression that they’ve always been there.”

Overall, it’s the collector’s mindset and a revived confidence in risk-taking that Erb is most excited about. “In the face of real estate, which pushes conformity because it’s safe,” says Erb, “homeowners are doing what they want to do and being individualistic about their design choices.” As for the ’80s influence—low curved sofas, hyper-pigmented colorways—Erb does have one warning: “Like fast fashion, trends come and go—and they are coming and going faster than ever because of Instagram. While I love a curvaceous Polar Bear sofa in a rich bouclé, going all-in on one trend is never a good idea. Speaking of nubby bouclés, be selective if you’re thinking of replacing them with faux shearling. The market is saturated with versions that look like a sheared poodle—and not in a good way.”